Register and get exclusive offers.

On registration, our consultant will give you call back to know your requirement.

New GST rate cut: Yet another reason to buy a home! What is Goods and Services Tax (GST)?

GST is an indirect tax that is levied on goods as well as services. All the existing state and central indirect taxes are subsumed under the GST. It is applicable throughout the country (except Jammu and Kashmir). It is also referred to as “GST as One Nation One Tax”.

The 32nd GST Council meeting was held on 10th January 2019 at Delhi. It was chaired by the Finance Minister Shri Arun Jaitley. After the 32nd GST Council, the rates of 29 goods and 53 services were reduced to lower tax slabs.

The main agenda is included the decision to divide between the Centre and State, collections worth Rs. 35,000 crores from the Integrated Goods and Services Tax. The proposal to bring petroleum and diesel products under GST is likely to be considered in the next meeting.

The overall weighted average of all tax rates decided by the council is much lower than the rates people pay today. After GST Revised rates following are the key constraints where slabbed under this meeting.

Apart from other items that enjoy zero GST tax rate, these are the commodities added to the list :

After the GST council meeting on 11th June, the following items were added to the 12% GST rates category-

The council meeting was held to ‘reduce’ the tax rates on certain items based on customer preferences. Hence, no additional items were added to the highest GST rates slab of 28%

Initially, under-construction residential properties had a GST rate of 18 per cent and an effective rate of 12 per cent after reducing one-third abatement for the value of land. The final GST for affordable housing was 8 per cent. Ready properties mean the projects which have received occupancy certificate (OC) had no GST.

Now the government has decided to cut GST rates for under-construction property to 5 per cent and is going to give a boost for the demand of residential properties. With the objective of ‘Housing For All by 2022’, the government has reduced GST to marginal 1 per cent for affordable housing while revising the definition of such homes.

The government is focused on its agenda of pushing affordable homes, which is visible in the decision to reduce GST to a mere 1 per cent for this segment. The lower tax burden on home buyers is expected to push demand in the segment which, in turn, will keep developers committed to building more affordable homes. 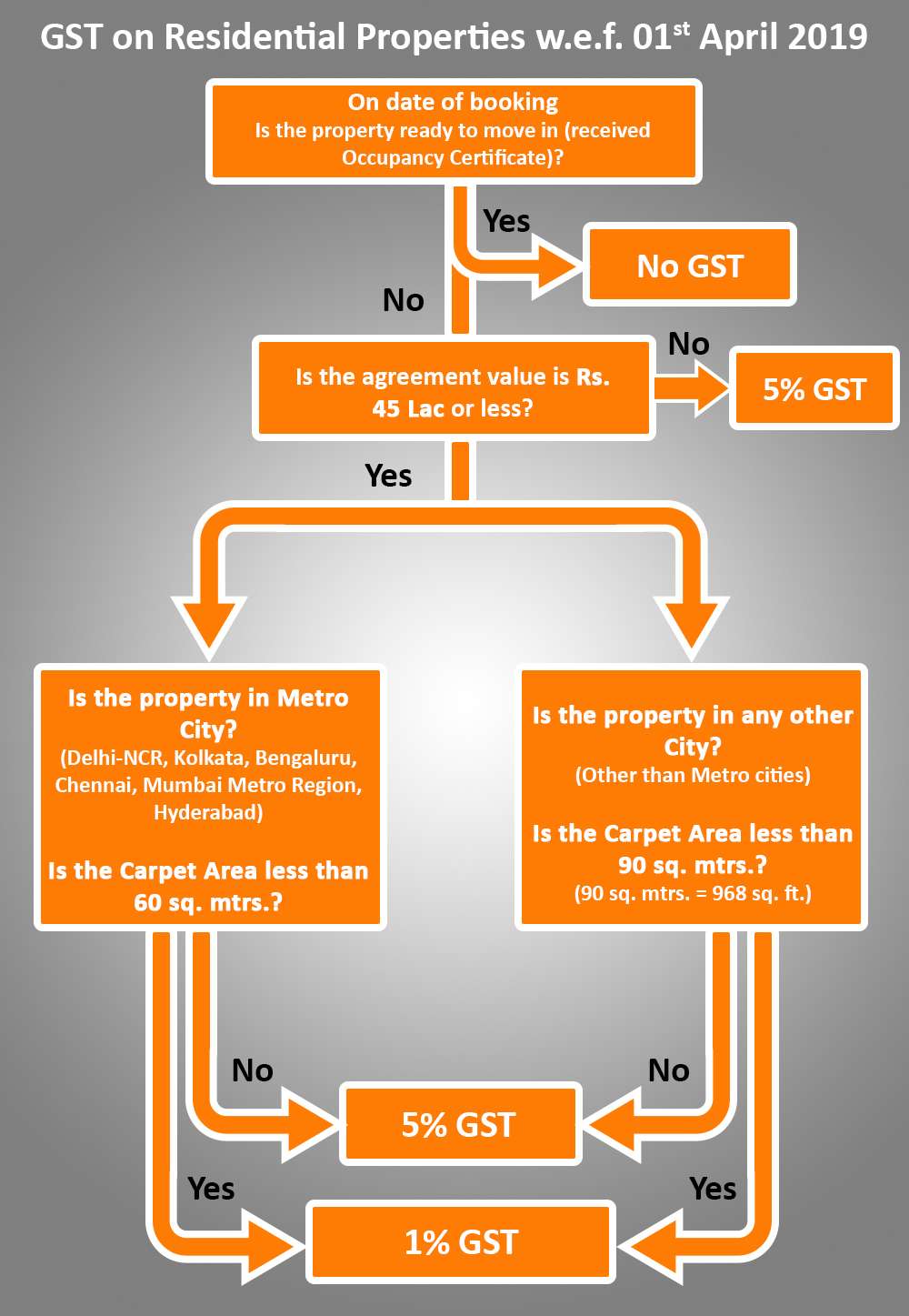